SACRAMENTO, Calif. — Estimating that two-thirds of the medical marijuana stores in California have failed to pay sales taxes, state officials on Tuesday took a carrot-and-stick approach to persuade pot shops to pay the $106 million owed.
With the state preparing to license medical marijuana shops in 2018, the Assembly sent Gov. Jerry Brown a bill Tuesday that would establish a tax amnesty program to help bring scofflaws into compliance with the law.
The measure would allow medical cannabis sellers to temporarily avoid a penalty of 25 percent to 50 percent on late taxes but would block the issuance of new state licenses to any continuing violators.
Democratic Assemblyman Mike Gipson, who introduced the bill, said many medical cannabis shops have not registered with the state and paid taxes for fear of criminal prosecution because marijuana remains an illegal substance under federal law.
“You have a lot of businesses that would like to come out of the shadows and do the right thing,”.. 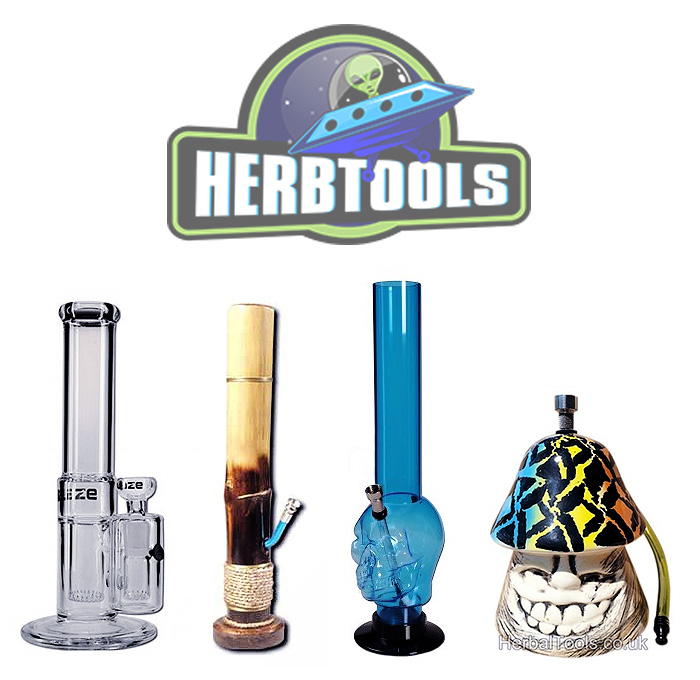 SPONSORED POST: THIS POST HAS BEEN SPONSORED BY HERB TOOLS AND IT’S PART 2 OF 2 ON BONG EDUCATION. There are many different types of bongs on the market, deciding which one can be a nightmare.
Did you know bongs are made using different materials, that come in an array of shapes and sizes while also containing a multitude of accessories? These different features can have a positive or negative impact on your smoking experience and it all boils down to preference. Let’s talk about the different types of bongs you can get and the effect these can have on your herb smoking!
As mentioned above, bongs vary in shapes, sizes, colors, and materials used to make them. There’s a huge range of products offering crazy color schemes that are unique and different in shape. One of the most popular is glass, these types of pieces are often favored by smokers as they offer a cooler and smoother hit when you inhale. Other materials often used and arguably one of the most popular is the plastic bong. P..

GRANTS PASS, Ore. — Josephine County’s growing marijuana industry is experiencing growing pains.
The number of medical marijuana grow sites in the county has remained steady from a year ago, at about 2,500.
But growers who sell to retailers have been sprouting up — 38 new state-issued licenses have been granted this summer to people who plan to grow for the recreational market. More applications are pending.
Pivoting to take advantage of retailer preference for indoor-grown marijuana, these new operations are springing up in former pastures and fields across the county.
“This industry didn’t exist a year ago,” observed Dani Jurmann, standing outside a row of industrial-size greenhouses on Cedar Flat Road near Williams, where he and his family employ nearly 30 people growing marijuana for the recreational market. “The world has changed, and Oregon is at the forefront.”
There’s good and bad happening. The good includes jobs and investments. Jurmann pays employees $15 an hour to star..

Medical marijuana has been legal in Maine for almost 20 years. But Farmington physician Jean Antonucci says she continues to feel unprepared when counseling sick patients about whether the drug could benefit them.
Will it help my glaucoma? Or my chronic pain? My chemotherapy’s making me nauseous, and nothing’s helped. Is cannabis the solution? Patients hope Antonucci, 62, can answer those questions. But she said she is still “completely in the dark.”
Antonucci doesn’t know whether marijuana is the right way to treat an ailment, what amount is an appropriate dose, or whether a patient should smoke it, eat it, rub it through an oil or vaporize it. Like most doctors, she was never trained to have these discussions. And, because the topic still is not usually covered in medical school, seasoned doctors, as well as younger ones, often consider themselves ill-equipped.
Even though she tries to keep up with the scientific literature, Antonucci said, “it’s very difficult to support patients.. Since starting Mrs. Nice Guy i’ve tried a lot of strains, but there’s still some classics I’d like to have inside my lungs. White Widow is one of those strains.
White Widow has been around for years now, so I’m sure at some point I actually have tried it, but that’s when I just wanted to get high and didn’t pay attention to all the wonderful qualities cannabis possesses. Since I’ve yet to review it, I decided to do some digging on where White Widow comes from and some of the effects you might feel when consuming it.
The words “White Widow” bring a smile to the face of anyone who lived in the nineties and had an interest in weed.
This all time classic, hybrid strain was first released to the public in the mid nineties in Amsterdam by known breeder Shantibaba, the founder of Green House Seed Company. People really enjoyed this strain because within a year of its release she won first prize at the 1995 High Times Cannabis Cup. Shortly after a trend was set and other breeders tried gro.. Sponsored Post: This post has been sponsored by Herb Tools and it’s part 1 of 2 on bong education. Bongs have been around for hundreds of years, so what is it about them that makes your smoking experience go from meh to great? There are many reasons why bongs are so popular and the preferred choice when getting high, let’s go over why.
People choose bongs as their preferred smoking method because of the cool and unique hit you get when you smoke from them. It’s a different smoking experience when you compare it to what you would normally feel when you smoke a joint or from a pipe.
How Do Bongs Make a Hit So Clean? The biggest reason is that the smoke is filtered through water. The benefits of this and why someone would be more inclined to use them is that your hit will be cooler and a lot less harsh, making coughing much less likely to happen (providing you didn’t take a monster hit on your first try!). Since the water in a bong is a lot cooler, it’s healthier than inhaling hot smoke..