Cannabidiol is swiftly changing the dispute surrounding the use of marijuana as a medicine. From the popularly known THC marijuana ingredient that gets users high, recent attention has moved to another compound in marijuana known as cannabidiol or CBD. Evidence of CBD’s therapeutic benefits has increased exponentially, for one; it does not present the side effects that THC presents.
However, to understand why people are using cannabidiol to aid their health, here are a few things you need to know.
What is Cannabidiol? Cannabidiol is a chemical compound found in the resin glands (trichomes) of the female cannabis plant. The chemical compounds are substrates that bind to special receptors on the human cells, to make up the endocannabinoid system. The cell receptors are immensely concentrated in the CNS (central nervous system) although others can be found all over your body.
The endocannabinoid system helps in regulating almost everything in your body from cognition, mood, appetite, m.. 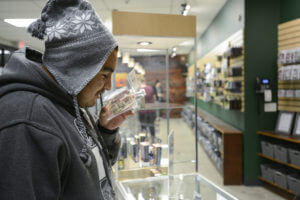 OLYMPIA — It’s a question that Republican senators have asked during state budget battles from time to time: Why can’t Washington, flush with marijuana tax revenue far outpacing old projections, use that money to help solve the state’s school-funding crisis?
Well, it can. To a small extent it already does. And there is at least surface-level bipartisan agreement that maybe the state should look at pot money as a partial solution to the education-funding gap that the Supreme Court has ordered the Legislature to fill.
But, Democrats are quick to point out, there’s not a big pile of marijuana tax money just sitting around — it’s already being spent in other ways.
And with Democrats and Republicans still unable to agree on how much money they need to satisfy the court’s McCleary decision, the question of where, specifically, that money should come from can feel secondary.
How much money is needed? Gov. Jay Inslee, a Democrat, thinks it will cost $2.7 billion, above current funding leve.. LOS ANGELES — Hi is a cannabis brand. Its logo — “hi” in white letters inside an orange circle — can be found above the front door of a Portland marijuana shop and on a handful of cannabis products, including massage oil and Hi Releaf pain-relief balm.
But you wouldn’t guess any of that from Hi’s trademark filings. In 2015, the brand’s parent company, Cannabis Sativa Inc., filed a trademark application — not for any of Hi’s core products, but for hats, T-shirts and a wide array of other apparel.
If the U.S. Patent and Trademark Office signs off on the application, Cannabis Sativa would be able to stop other companies from using the Hi brand on clothing, but it might not be able to stop rivals from setting up Hi-brand marijuana shops or selling knockoff Hi-brand products.
This is the odd state of affairs for trademark protection in the cannabis industry, one of the many byproducts of the gap between state and federal marijuana laws.
Though cannabis is legal for recreational or medic..

OLYMPIA — Members of the Commerce and Gaming committee heard testimony Tuesday from lobbyists, concerned citizens and shop owners for several marijuana bills.
The bills included changing the penalties for marijuana offenses, a process for medical marijuana patients who are over 18 but under 21 to buy plants and seeds from retailers, a change in the packaging requirements for marijuana-infused edibles, a limit on the number of licenses a retailer or co-owner can possess, and a plan to address the issue of county governments’ unofficial moratoriums, or suspensions, on marijuana retail.
Rep. Cary Condotta, R-Wenatchee, the ranking Republican on the committee, and Rep. David Sawyer, D-Lakewood, the chair of the committee, either wrote or co-sponsored most of the bills.
One of the biggest bills during the hearing was a plan to sanction counties and cities that have informal moratoriums on marijuana retail sale.
The sanction for continuing a moratorium on marijuana retail sales would for..

SEATTLE — Washington lawmakers this week will consider a bill that would allow parents to administer medical marijuana to their children on school grounds.
KING-TV reports that the House Committee on Health Care & Wellness is scheduled to consider the bill Tuesday during a public hearing. The bill has bi-partisan support and would ensure children could stay in school.
John Barclay currently has to pull his daughter out of school to administer CBD oil to control her severe epilepsy. He says the bill would help keep his daughter in class.

NASHVILLE, Tenn. — Willie Nelson wants his friend Loretta Lynn, who recently revealed that she tried marijuana for the first time at the age of 84 for her glaucoma but didn’t like it, to give pot a second chance.
“She’s got a lot of guts,” Nelson said during a recent interview with The Associated Press in Nashville, Tenn. “She’ll try anything. Maybe I should help her.”
The 83-year-old outlaw country icon actually wants to help a lot of people give marijuana a try. He’s attached his name to a line of legal marijuana being sold in Colorado and Washington called “Willie’s Reserve,” after decades of personally advocating for the legalization of marijuana.
The incoming administration under President-elect Donald Trump has some advocates fearful of a federal crackdown on the states that have legalized marijuana for medical or recreational purposes. Trump’s nominee for attorney general, Jeff Sessions, has said weed should not be legalized.
But the “Crazy” songwriter remains hopeful for hi..